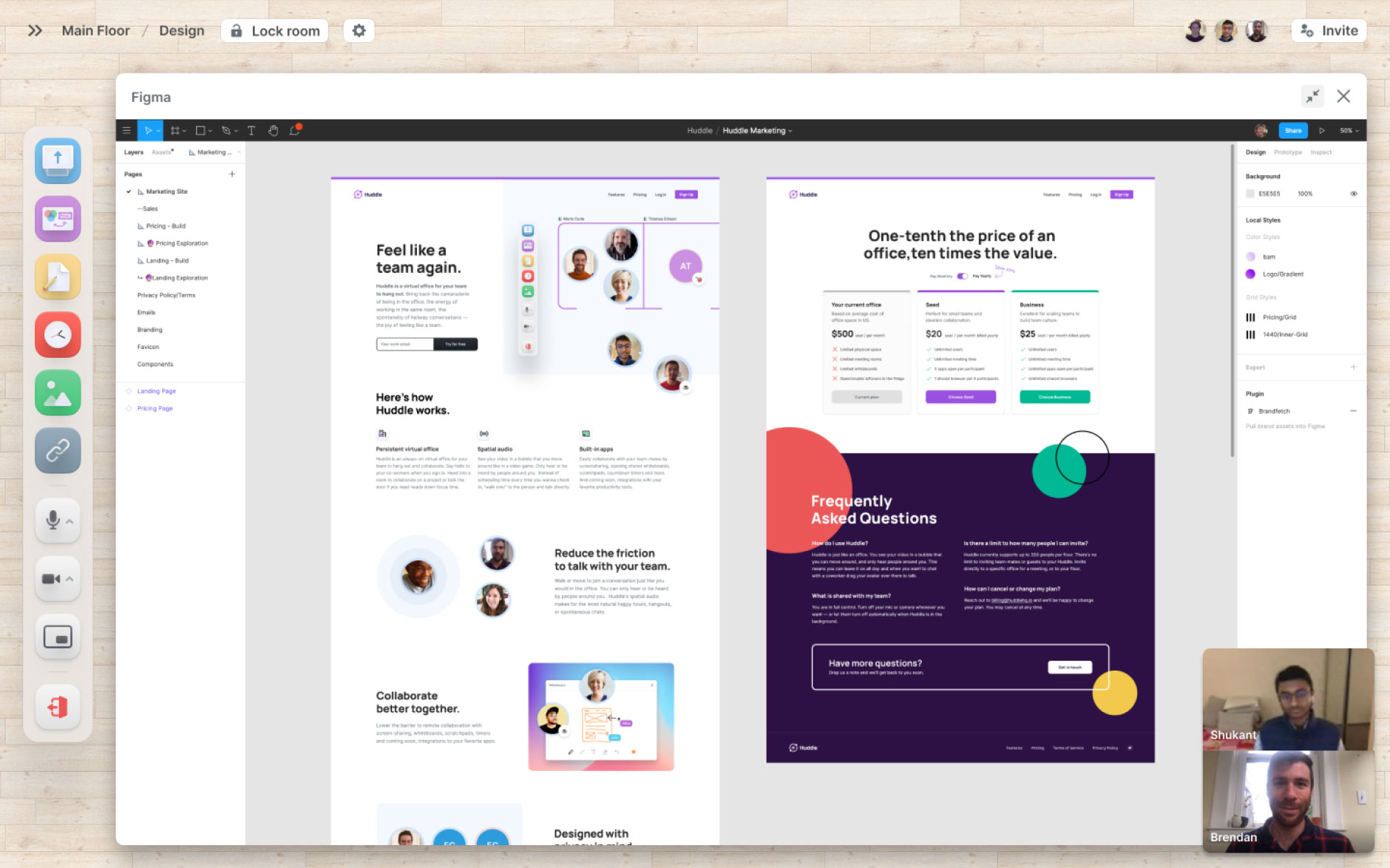 Teamflow provides a space for spontaneous interactions with remote colleagues, and powerful collaboration tools. Flo Crivello, CEO and cofounder, accelerated development time and implemented his ambitious UI/UX design thanks to the “simplicity” of Daily’s APIs.

"With Daily, you're not just dealing with support. You're dealing with a domain expert and an expert in WebRTC."

When Flo Crivello founded Teamflow, his goal was to design a virtual office that provided “that emotional function of feeling like you're inside a space, hanging out with people.” He found existing tools “a bit too transactional, and too focused on productivity. We want to bring a little bit more fun to the office.”

Teamflow’s interface resembles a physical office, which users can decorate and furnish whichever way they like. Users can integrate apps such as a white board, scratch pad, or screen share. There is a spatial audio component, meaning that users can talk and hear only users who are nearby.

Crivello needed a flexible API that could support the type of ambitious UI he had in mind. After testing several video call APIs, Crivello chose Daily for the “simplicity” of the API, the quality of resources, and the overall developer experience. “I actually started building Teamflow by modifying a code sample and moving things around,” Crivello says, noting that the docs are “very, very good!”

When a user joins Teamflow, they see their video in a bubble on a virtual floor plan. Users navigate space by dragging their bubble and can only hear other people who are near them. To start chatting with someone, you simply drag your bubble over and start talking.

Rooms — the spatial element of Teamflow, where users interact — stay the same once you leave them.

Crivello initially considered building the video call component of his product himself, but quickly realized that a video call API would radically cut development time. Building with Daily's call object, Crivello was able to get a working prototype up and running in three hours.