In this installment of Friends Who Tech, we chat with Jim Gibbs, engineer and future-of-transportation thinker. Jim's company, Meter Feeder, participated in Y Combinator in 2016, and is based in Pittsburgh.

Kwindla: We're here with Jim Gibbs, co-founder of Meter Feeder. Jim, I'd love for you to introduce yourself and what Meter Feeder does.

Jim: Sure. I'm Jim, CEO and co-founder of Meter Feeder. We enable local governments to accept digital payments for parking without upgrading their infrastructure.

Cities are losing millions of dollars trying to "price the curb" for the shared vehicle economy. So we've made a way for vehicles to pay for parking on their own without human interaction so that cities can start making money again and, if I'm going to be honest, I can stop getting parking tickets.

Kwindla: I have loved what you do since you first showed it to me a couple of years ago. The "two orders of magnitude more affordable, super-easy for small cities to start using, and a better experience for people who sometimes get parking tickets" — it's so great.

It's a great example of what terrific engineers can do if they just sort of think through a really interesting problem from the ground up. But I know from experience that building a great product is not even half the battle sometimes.

Kwindla: How do you get this stuff into people's hands? How do you sell it to municipalities? How was that learning curve?

Jim: Sure. My co-founder and I, we've been writing software for almost two decades now together. So the first municipality that we sold to, we sold just the payment app, right?

We refer to it as "apple versus applesauce." The apples is things that people are used to now. And then applesauce is future city.

So when we first started selling our apples, we were like, "Here is an app where someone can pay for parking."

"Well that's great. We're excited to use [Meter Feeder's product] but how are we going to tell if people actually paid for parking?" And we were like, "Oh, you just use our enforcement tools of course." We ran home and wrote all the enforcement tools!

And that's pretty much it. Being able to take a look at our raw materials and align our desires with our customer, or our potential customer, and sell it from the perspective of what they want.

That has been the biggest learning…that was the most important thing that I could have ever possibly learned. Yeah, if you go in there and you're not even certain of this current person's pain point, you can't force a solution down their throat. That's a very heavy lift, right? So just the idea of actually having that empathy, feeling the pain that they're going through and saying, "Hey, I can fix this with technology."

We have the raw materials, we can build software, we're good at that.

And then we realized that a lot of people were starting to have the same problems. So we started saying, "Okay, this is the bundle. Here, have it." And that process is how we kept costs low and that enabled us to keep on stamping out new locations with relatively little effort.

Kwindla: It sounds like the magic is empathy plus iteration.

Kwindla: What's the sale cycle like? How long does it take you from the time you first talk to a city manager or the equivalent to actually having an Android tablet in somebody's hands walking around checking parking meters?

Jim: Sure, so there's two different sides of it. The people who don't really know too much about parking — we actually have this one municipality, they have zero full-time people working on parking, and it's more difficult with them, because they're not even sure about what they're getting. And then if they turn around and talk to some of our competitors, they can't even understand how we can provide so much for them at the price that we're providing it? So, I mean —

Kwindla: Because you're literally two orders of magnitudes cheaper than your competitors, right?

Jim: We are obnoxiously cheaper and easier to implement. So yeah, it's just the idea of, "These people were trying to get us to pay 7% of our enforcement revenue…" That's entirely too much!

Our goal is to hit ubiquity, we need to be everywhere. So it's not just price competition…I mean cities, you talk to them once a month, right, so it's not even so much that it's a high touch, it's just a long sales cycle. I speak to prospective customers all the time. But if you follow up twice a week, they're just like, "Guy, nothing happened." So it is a longer sales cycle, often taking eight months or something like that!

But we've also started selling to parking operators. Parking operators are like, "What? How much does it cost? That's amazing. Can we roll out tomorrow?"

I'm like, "Well I have these tablets here, we'll ship them out." And then you're up and running and they're seeing return on investment in less than a week.

Kwindla: You talked about the apples versus the applesauce, that's a great way to put it.

Because I know you think a lot about the future of smart cities and how transportation is going to evolve and what happens when ride sharing and scooters and improved public transportation, and multi-modal stuff all comes together.

But you've also got this staff you have to pay and a product that generates revenues based on what it can do today. As a startup founder, how do you balance between what you're building today and where you want the company to be in 10 years?

Jim: I'm glad that you asked that question because that's something that I've thought long and hard about.

It's making sure that I understand what the other person is worried about.

So for example, if I'm talking to a parking operator, they will all say, "I'm freaking out because I'm afraid that parking is just going to go away."

When I speak to automated vehicle companies, they're freaking out because they're like, "We don't know where we're going to put these cars and all of our cars are going to get parking tickets because there's no one in the car to put a quarter in the meter."

And then you speak to the municipality and the municipality is just like, "Oh, well today we were only able to write 10 parking tickets because our current digital enforcement went offline."

The formula, especially with a startup is, "this will help us pay bills, but that is going to take about three years in order to start paying bills." So we have conversations and build rapport, so that when [in the future] people are worried about autonomous vehicles and the different ways for people to get to work, everybody's already prepared — people already know about fleet solutions, the municipalities already know about the issues and the issues have as little negative impact as possible to their revenue or bottom line.

Kwindla: That makes sense. Are there any really interesting data stories that have come out of you giving the ability to see patterns they couldn't see before to these small- to medium-sized cities?

We're processing information from, I think the last time we looked at the numbers, from seven million vehicles. So we have all this insight as far as where people park, what days, how was the weather that day. And we can actually juxtapose that information with the payment information and start pointing parking enforcement officers to where we know that they'll be able to write more tickets. So we can do that.

I don't want to be the guy, "Oh yeah, we're kind of like arms dealers." But we sort of are! At the same time, as the one who is a regular recipient of parking tickets, you know whose side I'm on!

What a lot of people don't realize is, "I'm a tax payer, having a car is a benefit."

I would much rather people have a place to put their family for cheaper than their car. And then you think about having the ability to actually get to where you want to go easily.

So we can't just have people wanting to just leave their vehicle there for 10, 12, 16 hours so that other people can't get to the stores.

If I'm a store owner, I want traffic to continue to keep moving. So, there's a lot of stuff behind it that almost no one ever thinks about! But yeah, the curb is definitely a difficult thing to price. It's less trivial than a lot of people want to give it credit for.

Kwindla: Well, thank you so much for doing this! It's really fun to catch up. I want a t-shirt that says, "Meter Feeder, pricing curves for pricing the curb."

Jim: I think I can make that happen.

Watch the interview on Vimeo 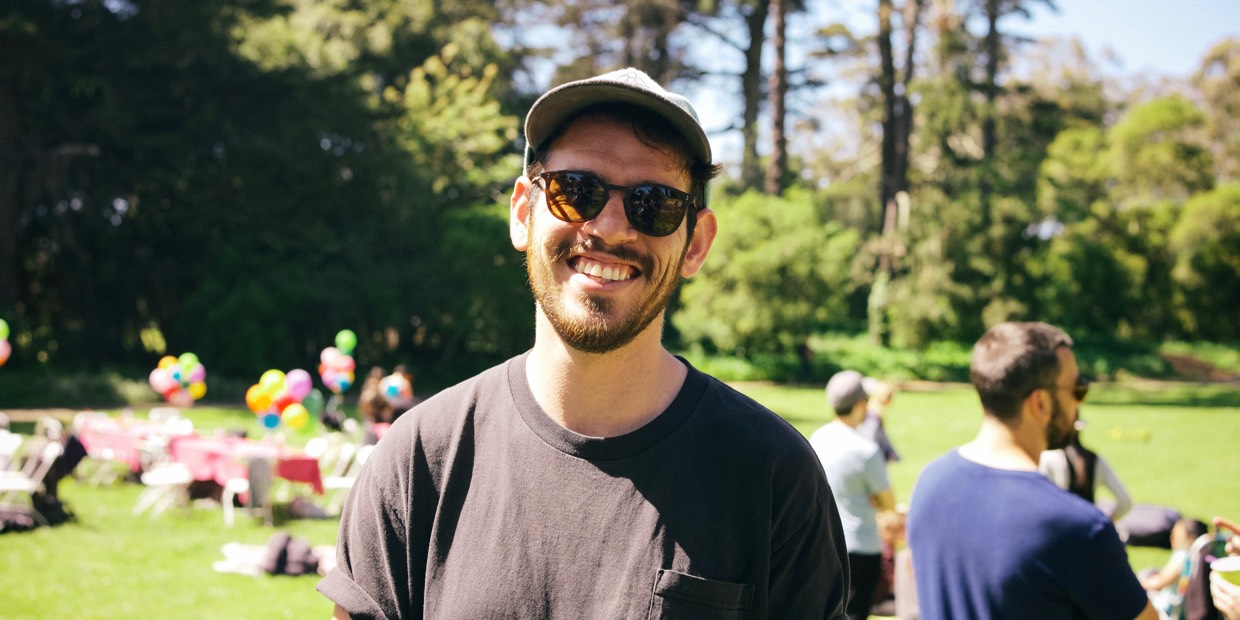 I'm really honored to have had the chance to catch-up with Mario Hall and share a bit of his story. Mario is as outgoing as he is thoughtful and considerate. 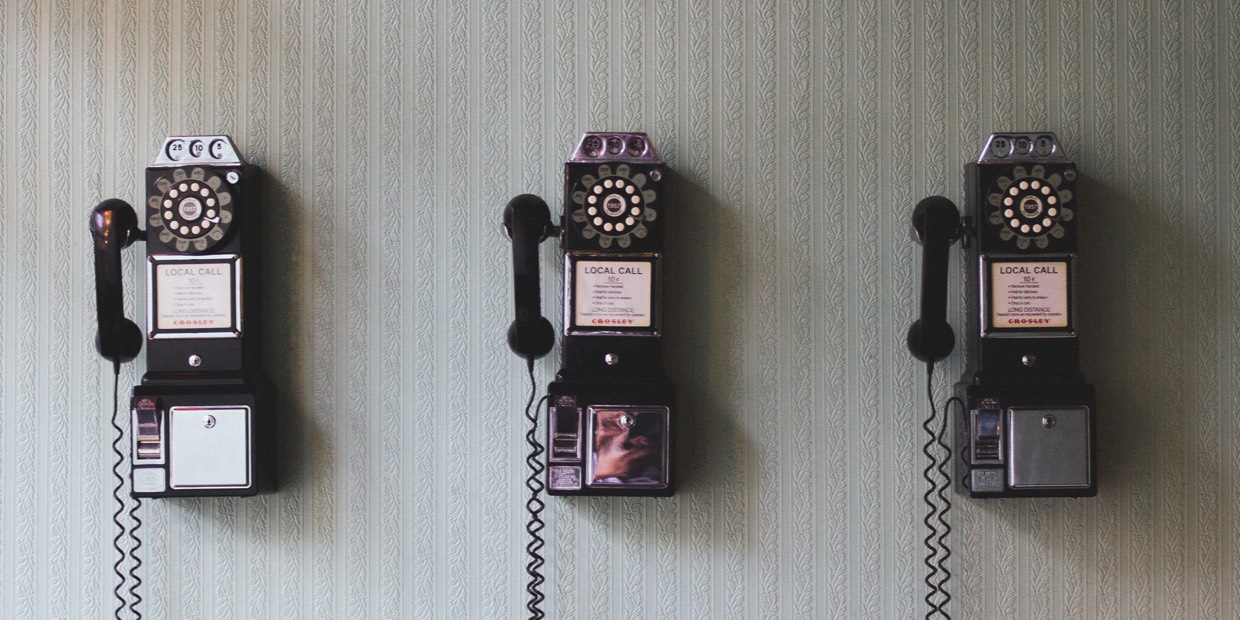 It can be tricky to get a video calls dev environment set up on your local machine. Here's a quick checklist. Read on, below, for more detailed information. Load pages