This post is part five of a series on how to build an app with spatialization features using Daily's real time video and audio APIs.

In the previous posts for our spatialization series, we reviewed  how to set up our 2D world and the users within it, and how to manage users' video and audio tracks based on participants' proximity to each other in a traversal space.

Now, let's see how we can create different kinds of interactive elements for users to join different zones or broadcast to everyone else in the world.

As a reminder, we are creating a 2D world with daily-js and TypeScript, in which video call participants' video and audio tracks are manipulated based on their proximity to other users. We're using the PixiJS rendering framework to assist us in this quest.

In our demo, the world consists of multiple "zones". Each zone is distinguished by a numeric ID. Different zones can have different types of behavior. We have three main zone types implemented in our demo:

In our previous posts, we already covered how users navigate within the global traversal zone, how their proximity to other users in the traversal zone is calculated, and how that impacts their video and audio tracks.

Now, let's go through our focus zones. These zones contain one or more "spots" for users to occupy. For example, our desk zone consists of four spots (which in the context of a desk we call “seats” in the UI). It also contains a table, a border, and a text label:

We won't dig into our Spot sprite too much here, because its main purpose is very barebones: a Spot is there to show a visual representation of each occupiable position in a focus zone, and to keep track of who is currently in it. It does nothing beyond these two things. Feel free to check out the code and reach out if you have any questions!

Let's see how we implement the unique behaviors of the BroadcastZone and DeskZone.

BroadcastZone : "You will listen to me and you will like it"

When a user enters the BroadcastZone , their video is put into focus on top of the world canvas for all other users in the world. The broadcast zone is a class that extends PIXI.Container. A container is a display object which is intended to hold other display objects within it. In the case of our broadcast zone, the container holds two children:

The BroadcastZone class implements our IZone TypeScript interface. This means that it will have to implement the following methods and properties:

Because IZone extends ICollider, the zone will also need to implement the following:

You might remember from part three of our series that the broadcast zone is instantiated when we start the world:

Above, we position our new broadcast zone in the middle of our world. We then add the zone to our focus zones container. Like the broadcast zone, focusZonesContainer is a PixiJS container which holds a collection of PIXI.DisplayObject.

Because we'll be frequently referring to our custom interface methods on this type, we also append the object to our world's own focusZones collection, which is an array of IZone.

When instantiating BroadcastZone, the constructor of the zone creates a Spot:

It then adds the spot as a child of a container, creates our aforementioned text label via this.createLabel(), and sorts the children.

If the user hits the broadcast zone and the zone's single spot is unoccupied, the user occupies the spot. We update the spot's occupantID and call user.updateZone(). We'll go through this code path in detail below.

If it turns out the spot is already occupied by the interacting user and the user is not colliding with the zone, we know they must have left! We unset the occupant ID and update the user's zone to the ID of our global traversal zone.

And that covers the meat of our broadcast zone implementation!

When a user enters a DeskZone, their video is placed over the world canvas much like with a broadcast zone. The difference is that several users can be in the desk zone at the same time. All of their video tracks will be shown in identical larger DOM elements for a more targeted chat in their small group, and they will only be able to see and hear each other while they're in the zone.

Each DeskZone consists of a desk which a user is prevented from walking through, and however many spots we choose. For our demo, we've chosen to have four seating spots per desk.

We create two desk zones when we start the world, right after instantiating the broadcast zone:

Same as the broadcast zone, we add each desk zone to the focus zone container as well as our separate focus zones array. Let's take a look at the most important data the desk zone holds:

All of the above elements are instantiated in the DeskZone constructor. We won't go into it in detail here, but please feel free to check out the code if you're curious!

Now, let's look at how interaction works for a desk zone.

The desk zone's tryInteract() method is a little more involved than that of the broadcast zone, because the desk zone has multiple spots instead of just one:

Above, we first loop through all spots present in the zone. If the spot is currently being occupied by the given user and the user is still in that spot, we early out.

If the user is no longer in the spot they were occupying, we clear that spot's occupant ID and set our hadPriorSpot boolean to true.

If the given spot is not occupied by anyone, but the user is colliding with it, the user occupies that spot and we set our hasNewSpot boolean to true. We also hide/fade out the blue border marker of the zone, to indicate that the user is inside the given zone.

Finally, if the user had a previous spot which they are no longer occupying and doesn't have a new spot in the same zone, we know they've left the zone and move them to the global traversal zone.

Finally, if the count of free seats has changed, we update the zone label to show the new count.

How is the user's zone actually updated?

The call to user.updateZone() is where all the zone updating magic happens. Let's go through it now.  We've left comments inline, and will go through some of the calls you see in this function right afterwards.

We hope the inline comments gave you a good idea of what the function is doing. Now, let's take a look at the media calls we see above.

As we mentioned in our previous post, UserMedia handles the management of tracks and focus tiles. This includes showing and hiding focus tiles. For example, if the new zone the user is joining is the broadcast zone, we call this.media.enterBroadcast():

Above, the UserMedia instance mutes the user's audio tag, updates the current action, and shows the broadcast focus tile:

As we can see, showBroadcast() creates a MediaStream from the provided tracks and displays the broadcast div.

Among the most important things we do when updating a user's zone is the call to user.onJoinZone(). Let's go through it now.

onJoinZone() is a function defined in our Room class, which is passed to the World when a user joins the meeting:

As we can see, this makes a call to setBandwidth(), which we covered in post two of the series. It then broadcasts the new zone data to the other participants in the call.

So what happens when a user receives someone else's "zoneChange" message?

When a user receives a zone change message, our room calls the world's updateParticipantZone() method:

Above, we first retrieve the user being updated. We create one if it doesn't yet exist.

Then, we retrieve the user's previous zone data and call the updateZone() method we covered above with the new zone data obtained from the "zoneChange" "app-message" event.

We then make sure the local user's zonemates are updated via a call to this.localUser.updateStoredZonemates().

If the user who just entered a new zone is now a zonemate of the local user, we send our local position data to this zonemate (so that they can see exactly where we are within the zone).

Finally, we iterate through all of our focus zones. We try to unplace the user from their old zone and place them into their new zone.

For example, the BroadcastZone zone placement/un-placement attempt looks like this:

Above, when trying to place the user, if the zone's single spot is not already occupied, we set the occupantID to that of the user and move the user to the exact location of the spot.

When removing the user from a spot, we set the spot's occupantID back to null.

You might recall from our last post that we call a processUsers() function on our local user with each tick of the world. In the last post, we focused on going through the proximity-based behavior that happens between users in the global traversal zone.

The processing of a user in relation to our local participant involves some more steps for users which are moving between zones. For example, if during this check we see that a remote user is now in the same focus zone as the local user when they weren't before, we update the remote user sprite's transparency and subscribe to their tracks:

We've left comments throughout the remainder of this function that we hope will help you follow how this zone-related logic is structured for every tick. You can check them out here and let us know if you have any questions.

In this post, we went over how focus zones are defined and interacted with in our spatialization demo, how users broadcast their zone updates to others in the world, and how others' zone updates are handled in relation to the local user.

In the next post of our spatialization series, we'll take a look at how to extend our existing demo with a new feature: screen sharing. 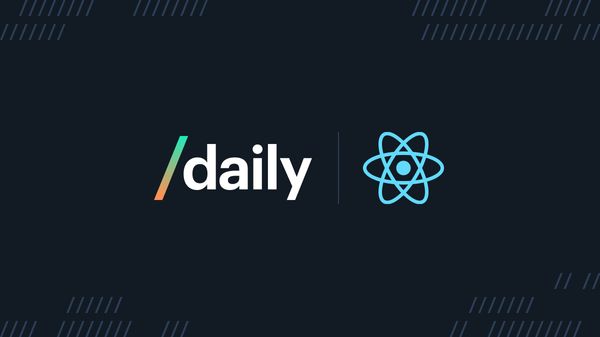 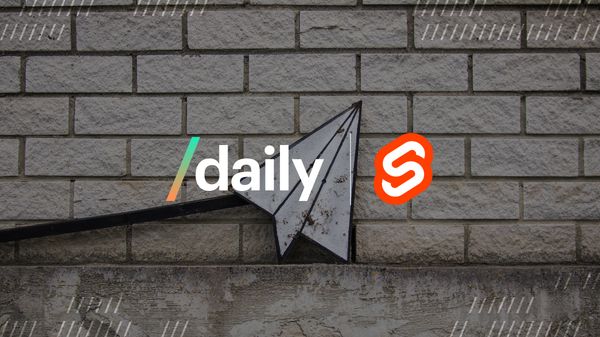 Use Daily’s sendAppMessage to notify users of new messages