Daily built the recent Chrome extension demo, Daily Collab, to show how Daily and Notion’s APIs could work together to embed a custom video chat experience in Notion. Our project goal was to embed a video widget into any Notion document, as well as to let users optionally transcribe their calls right to Notion.

Building out the video and transcription features into the Daily Collab Chrome extension requires integrating the Notion API in two main ways:

In today’s tutorial, we’ll cover this second step, and see how appending transcription text was accomplished in the Daily Collab demo.

If you’re interested in learning more about Daily Collab’s features or how Chrome extensions work, check out our previous posts from our Daily Collab series.

Our main goals today will be to understand:

To follow along in the full source code for Daily Collab, check out the Github repo.

If you want to test out Daily Collab locally, you will need to:

How Daily transcription text is generated and sent to the client

Before we discuss how Daily Collab handles transcription text received client-side, let’s discuss how the text is even generated.

Note: Daily Collab is using an internal, not-so-secret Daily transcription method that should not be used in production apps. Keep an eye out for the public feature announcement coming soon. 👀

Receiving the transcription text client-side will look the same regardless of what you’re planning on doing with the text. You can attach an event listener for the Daily app-message event and pass a callback for how you’d like to handle the text, like so:

Notice how we’re checking the fromId in the app-message event? This is because app-messages can be triggered from multiple sources, whether it be a chat message, transcription, or really any type of text-based data you’d like to pass between participants.

To ensure you’re checking for transcription text specifically, the fromId should be transcription and the data object attached will have an is_final key with the value true.

How Daily and Notion APIs collaborate

The Daily Collab Chrome extension has several moving pieces that work together to get full feature functionality. To start, Daily Collab’s content script is where all the UI (React app) lives and where the Daily callFrame instance is initialized. The app-message event listener is added in the CallProvider context, which is where most of the app’s state is managed.

*Note: Learn more about how information is sent is our previous tutorial on the custom Daily Collab API.

In terms of how app messages are handled, Daily Collab’s app-message event handler looks similar to the example included above:

Any time a message is received that is transcription text, we send that text to the background script.

To do this, we need to pass the text, the Notion workspace ID, and the speaker’s username, like so:

Once the text is passed from the content script to the background script, it needs to be explicitly received. That looks like this:

All messages received by the background script are received by the same listener that then determines what to do next based on the message. If the message has a newText key, we know it’s new transcription text to append to the current Notion doc.

To actually make the request we then send the text to the Daily Collab API, which handles all API requests.

The Daily Collab custom API is what actually handles the request to Notion’s API.

The request to the Notion API (updateNotionPage) uses a PATCH request to append block children to a Notion document.

To make this request, you need:

In updateNotionPage, we set our new block child to be a paragraph with the text content equal to the transcription text received in the client. That block is then passed in the PATCH request’s body to be received by Notion’s API.

In terms of how to format the text, you may prefer to include the call participant’s name that they set in the Daily Collab UI when joining the call. This helps the future transcription reader know who said what.

To do this, you can prepend the username to the text passed in the request’s body before submitting it, like so:

Once the text is sent, the PATCH request sent to the Notion API via the Daily Collab custom API will return a success or error response. If the request is successful, the text will have been added to the screen. If it wasn't, we'll return an error from the background script to the content script.

In the background script, we handle this like so:

Seeing our transcription results in Notion

If the request throws an error, we do show an error message so the user knows there’s an issue, as mentioned above. Transcription errors are most often due to authorization issues since updating Notion documents with Notion's API must be authenticated.

To solve this issue, try reauthorizing the Notion API in Daily Collab.

You may be thinking, “Wow, that’s a long trip for a little bit of text to get added to the page!” and, honestly, you’re right!

There are a few reasons we use this structure for interacting with the Notion API versus just making the API request from the content script.

In the end, getting a Daily video call and the Notion API to work together was as simple as making a Notion API request based on a call participant event (app-message).

This feature could be expanded even further to do something fun like make a Notion API request based on a voice command. For example, saying, “Get all users”, could trigger a GET request to retrieve all Notion users if the transcription text matched that string.

Let us know what other feature ideas you have and how we can help you build your own Daily apps! 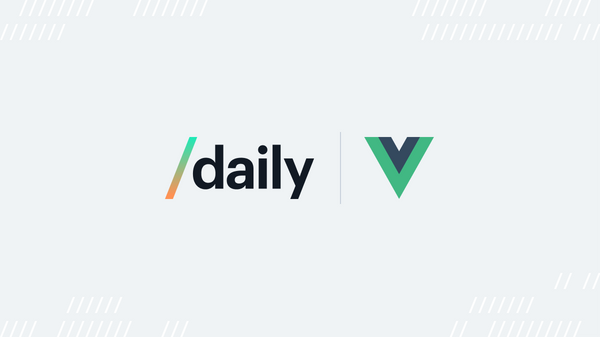