[14/01/22] This demo app uses manifest v2. Manifest v2 is being deprecated by Chrome in 2022 and will no longer be accepted into the Chrome store. The Daily code below is still valid, however.

This tutorial is part of a series on how we built Daily Collab, our latest Chrome extension demo.

In this tutorial, we’ll cover how to embed a Daily call directly into a webpage via a Chrome extension. We won’t go into the details of building the React video app itself since there are already several tutorials for Daily's customizable call object mode and Daily Prebuilt. Instead, we’ll focus on getting a Daily call to display and update in any Notion page.

Note: We’re using Notion as an example but you can embed your Daily video in any webpage with just a couple tweaks to this code.

To build Daily Collab, we used React boilerplate specifically set up for a Chrome extension. You can absolutely build this without React and just use plain JavaScript or another framework. In fact, we started with plain JavaScript but switched to React after seeing our designer’s plans for this app. (Just kidding, Steve. 💕)

What is true, though, is that there is quite a bit of state management to be aware of related to authorization, which Daily calls are live on which pages, and keeping track of call participants. We decided on React to help simplify handling these state-based UI updates.

In the next section, we’ll step through the Daily Collab code base to explain which parts are relevant to the embedded Daily call.

If you’d like to get a local version of Daily Collab up and running, clone the repo and run the following commands in your terminal:

Then install the Chrome extension by:

If there were no errors, Daily Collab will be available and visible in any Notion page you visit.

Tip: Refresh any Notion pages that were already open prior to installing the Chrome extension to have Daily Collab show on the page.

Injecting a React app into the DOM of another web app

There are lots of details related to specifically getting a Daily call injected into the DOM of your current webpage, but let’s start with the basics: adding a new element to the DOM via a Chrome extension. Thankfully, it’s pretty straightforward!

With Daily Collab, it’s as simple as prepending the content script’s HTML to the DOM’s body element. In the app’s root, a div element is created to wrap the entire React app included in the content script’s code. That div is then prepended to the document.body on load.

Once it’s added to the DOM, you can work with the React app it renders like you would any other React app.

If you’ve looked through the source code for Daily Collab, you may have noticed there’s a lot going on in there.

To get a better understanding of how the Daily call gets embedded, let’s look at how the pieces all fit together.

Before getting into the nitty gritty, let’s cover some basic details about how Daily Collab will work:

The anatomy of Daily Collab

The popup menu provides additional extension information for the user but no additional functionality. That means it doesn’t need to communicate with the other areas of the extension.

The content script and background script are where Daily Collab gets its functionality. On page load, the content script—which can access the DOM—will load if the page is permitted by the manifest.json’s permissions. (See under content_scripts.)

In this case, it only loads on Notion URLs.

Note: If you were trying to embed the video widget in a different webpage, you could do that by updating the content_scripts's matches value.

The background script also loads, although it’s not specifically concerned with Notion; it loads regardless of which page you're viewing.

This is also how multiple people on different computers can visit the same Notion page and join the same call.

Hold up: How does the extension know which Daily call to join?

We are so glad you asked! 😉

Daily calls are associated with Daily rooms. (The room is where you have the call.)

So, if different people visiting the same Notion page need to be added to the same Daily room, how does the background script know which Daily room to tell the content script to use? That’s where the custom Daily Collab API comes in!

If someone starts a call on a specific Notion page, anyone else viewing that page with Daily Collab installed needs to know there’s a live call and have their UI updated to join that specific Daily room.

To handle this, we created a custom API that would keep Notion pages associated with the Daily room they were using. The API has a designated database that adds a row to it each time a call is started on a Notion doc. When the last person leaves the call, the room is deleted from Daily and the item is removed from the database. This is because we only need to know if there is a call currently happening for each Notion page.

Note: The Daily Collab API source code is currently private because it uses an upcoming Daily feature: transcription. We promise we'll share it with you as soon as we can. ❤️

Getting the right Daily call with the Daily Collab API

Now that we know we have a custom solution for associating Notion pages with Daily calls, let’s look at this diagram again to see how these pieces work together:

Here’s an example of the response body returned when a call is live on the current Notion page:

This response lets us know if the call is audio-only or video, the Notion page’s exact URL, if the call currently has transcription available and in use, and, most importantly: the Daily room URL.

From there, the background script can send a message to the content script with all of that information so the UI can update as needed.

Since this check happens on a one second interval, the UI is able to always stay up-to-date.

For the message from the background script to have any impact on the Chrome extension's UI, it needs to be explicitly received by the content script.

Since the content script is using a React app, Daily Collab can use the React context API to manage the app’s state. The received message is handled by the CallProvider context, which contains most of the app’s state.

A useEffect hook is included in CallProvider.jsx that adds a listener for any messages received:

For example, if a dailyUrl key is included in the message, we know it’s a change related to the Daily room. That means we need to update the app’s state to show that a room is available to join, or reset the UI if the previous room is no longer available to join.

In the Main component, we can then render a "Join" or "Start live call" button based on whether a Daily room—dailyUrl— is set in the state.

Understanding how UI updates work from the user's perspective

Now that we've gone through the code that updates the React app's UI, let's put this all together with a quick example. If two people are looking at the same Notion page and want to join a call together, the following steps will happen:

And tada! 🎉 Both people can join and have their UI stay in sync. It's a journey, but it works!

Building a Chrome extension that needs to embed a video call and stay in sync with other people certainly requires a lot of moving parts, and this was just one of them. To learn more about the Daily Collab Chrome extension, stay tuned for our upcoming tutorial on Daily Collab's transcription feature using the Notion API.

In the meantime, check out our previous (and less involved) Chrome extension demos, including: 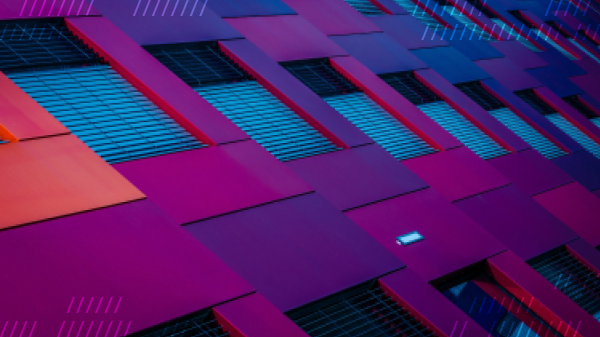